“..a fully natural performer, in tune with herself as well as with the music she plays.”
Michael Dervin, The Irish Times

Irish violinist and musician, Gina Maria Mc Guinness’ natural talent was discovered at the tender age of four where, watching on as her sister attended violin lessons, she eagerly cultivated her love of all things music.

Beginning her studies soon after, the foundation was set firmly in place at the Young European Strings School of Music initially with Hungarian and Kodály method pedagogue Maria Kelemen and later continued with Ronald Masin. 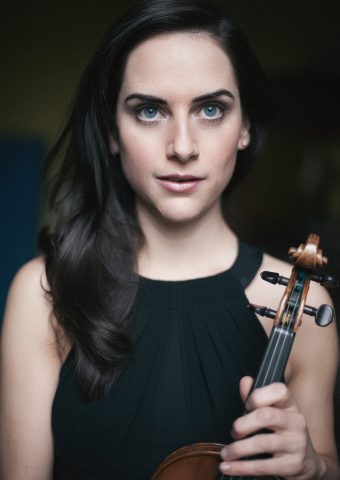 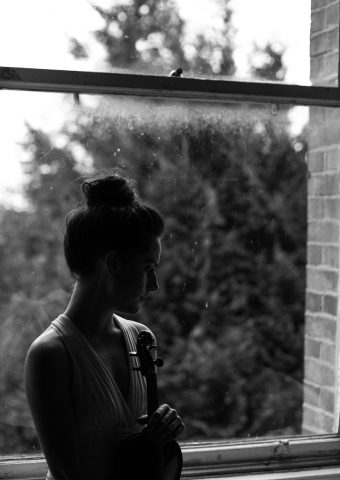 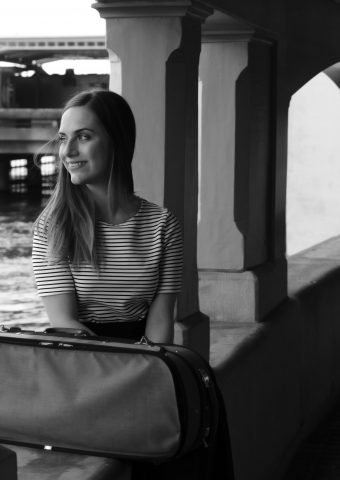 Gina found herself at home on the concert stage from the age of five. As the long-standing leader of the YES Chamber Orchestra (YESCO), she appeared numerous times as soloist and led the orchestra as Concertmaster in tours throughout Finland and Hungary, most notable in 2001 with Vivaldi’s Four Seasons.

She was recognized by the Strad magazine at a young age, and noted there again in 1998, when she claimed first prize at the International Violin Competition in Estonia becoming ‘Young Musician of Tallinn`.
This was a turning point in Gina’s career that prompted the early stages of what was to become a flourishing career of performances throughout Ireland, Europe, the United States and Switzerland.

Most notably in 2006, she was re-invited back to Tallinn for a tour to perform as soloist with the Estonian Symphony Orchestra in Brahms’ Double Concerto, followed by a debut recital at the National Concert Hall (NCH), Dublin alongside renowned pianist Alasdair Beatson, receiving critical acclaim. 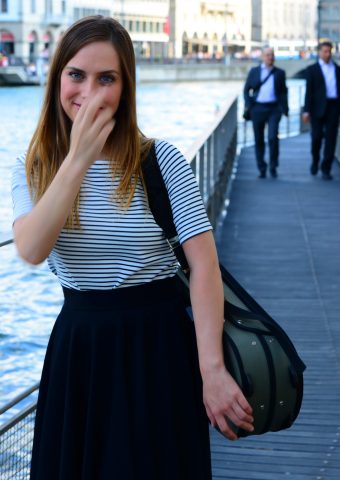 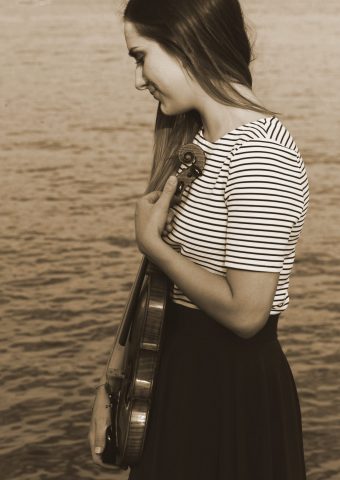 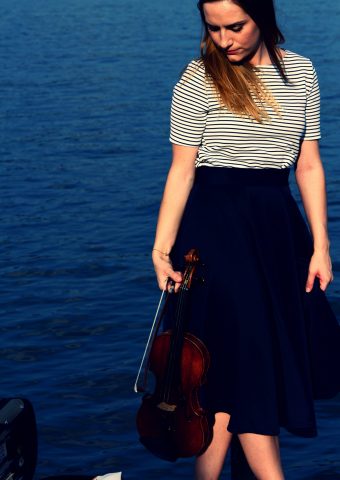 Giving credit to the RTÉ Vanburgh Quartet and many happy years spent at The West Cork Chamber Music Festival, Gina developed a great passion and respect for chamber music. This love was further enriched when she continued her studies with the Vermeer String Quartet’s first violinist and pedagogue Shmuel Ashkenasi in Lübeck, Germany and then later in Chicago, USA where she received with highest honour a Performance Diploma from Roosevelt University, College of Performing Arts.

In 2012, both Gina and Greek pianist Dimitri Papadimitriou performed together as part of the `Dublin Master Classes Young Artist Series` at the NCH in Dublin and in 2015 she was invited to perform as part of the `Music for Galway` Lunchtime Series with Swiss pianist Maki Wiederkehr (Trio Rafale). In 2018, she was invited as part of the Gwendolyn Masin & Finghin Collins Series at the newly renovated Kevin Barry Room alongside Blythe Teh Engstroem, Thomas Kaufmann and baritone Roderick Williams.

During her time studying in Chicago, home to the Chicago Symphony Orchestra, Gina became engrossed in orchestral performances, performing regularly as Concertmaster with numerous orchestras which, advanced her musical curiosity and capability even further. Ever since, she has performed regularly as Concertmaster and co-principal, working with such prestigious conductors as Charles Dutoit, Stéphane Denève, Giancarlo Guerrero, Alexandre Bloch, John Axelrod, Daniel Cohen, Ernst van Tiel, Gergely Madaras and Lorenzo Viotti.

Over the years, Gina has been incredibly fortunate to have worked with some of the greatest pedagogues of our generation throughout her studies in Germany, the US and Switzerland. She has received musical guidance from Shmuel Ashkenasi, Vadim Gluzman, Boris Kushnir, Igor Ozim, Rainer Schmidt, György Pauk, Yair Kless, Miriam Fried, Philippe Graffin, Andreas Janke, John O’Conor, Louise Hopkins, the RTÉ Vanbrugh Quartet and the Vermeer Quartet.

In June of 2013 and with highest honour, Gina received her Masters Degree in Music Performance at the Haute École de Musique de Lausanne (HEMU), site de Sion under the direction of Pavel Vernikov and Svetlana Makarova. Gina has called Zurich her home for more than 10 years now, and is praised for her natural musical intuition and her virtuosic control and versatility.

Gina plays an Andre Amati violin, School of Cremona and is cared for by luthier Ivano Conti, Bern.

Both she and the newly formed string quartet, the ‘Gealán Quartet’ are very much looking forward to their upcoming tour as part of ‘The National String Quartet Foundation’ music series 2021-2022, playing works by Mozart, Brahms and Irish contemporary composer Sam Perkins.